US arbitrage feedstock naphtha is set to gain in importance to Asian buyers in the first half of 2021 as they expand steam cracker capacity at a time when Middle East producers boost reformer capacities and increase their own captive naphtha use, according to IHS Markit.

A global transition to the use of renewable methanol could dramatically expand the product's use as a chemical feedstock and fuel, while helping industrial and transport sectors achieve their carbon-neutral goals, according to the International Renewable Energy Agency (Irena; Abu Dhabi).

Röhm (Darmstadt, Germany) says the methacrylates market is facing “a global shortage of several petrochemical raw materials” as a result of global business and service disruptions, which could lead to extended product lead and delivery times.

OMV (Vienna, Austria) has announced plans to split and expand its integrated refining and petrochemicals business into two new divisions. A new chemicals and materials division will be established that will include OMV’s existing petchems business, while a new refining division will also be created. The changes will take effect as of 1 April 2021, it says.

Proman, Shell, Suncor, the Government of Québec, and Enerkem have completed an investment agreement that will allow Varennes Carbon Recycling, a waste-to-biofuels project in Varennes, Québec, to proceed. Proman, which announced the news, says the agreement entitles it to market methanol from the plant, which will have capacity to produce 100,000 metric tons/year of methanol from non-recyclable waste using technology developed by Enerkem.

Petrochemical producers in Asia plan to cut the use of liquefied petroleum gas (LPG) as feedstock for a seventh straight month in March 2021 to at least a 13-month low, with one steam cracker also scheduled to close for an expansion program. Some producers, however, are set to raise butane cracking levels, with one to use the gas for the first time ever due to lower prices, according to an OPIS survey.

Liquefied petroleum gas (LPG) trade in northwest Europe moved down marginally in January 2021 to an estimated 690,000 metric tons from 715,000 metric tons in December 2020, according to OPIS records.

Air Liquide and Siemens Energy have agreed to collaborate on the development of industrial-scale hydrogen projects and to lay the groundwork for mass manufacturing of electrolyzers, mainly in Germany and France.

Power generation company Uniper (Düsseldorf, Germany) and the Port of Rotterdam Authority say they are studying the potential construction of a large-scale green hydrogen production plant at Uniper’s existing site in the Maasvlakte area of Rotterdam, Netherlands.

Europe's benzene contract price for February has fallen 13% from the previous month, sliding to $728/metric ton on the back of increased supply, following a flood of imports from around the world, according to market sources and IHS Markit. The price was $837/metric ton in January, after supplies tightened at the end of December following production issues, strong demand, and a continued reduction in refinery operating rates across the region.

MMA market tightness to continue in 2021

The worldwide methyl methacrylate (MMA) sector was one of the most active chemical markets in 2020, and the early signs are that the first half of 2021 will be no different.

Crude-oil-to-chemicals (COTC) technology could more than double the profitability derived from a barrel of crude oil, according to a scenario analysis from IHS Markit’s Process Economics Program.

Ineos says it is rescheduling its €5-billion ($6 billion) olefins project at Antwerp, Belgium, and will build the planned complex’s ethane cracker before its propane dehydrogenation (PDH) plant. When it announced the project in January 2019, Ineos said the PDH unit and cracker would be built at the same time with the PDH facility due onstream a year ahead of the cracker.

Naphtha demand in Asia is expected to strengthen in March as steam crackers restart from planned and unscheduled shutdowns, with only a small number of plants due to be offline for planned maintenance, according to market participants.

Linde says it will build, own, and operate the world’s largest proton exchange membrane electrolyzer plant for the production of green hydrogen at the Leuna, Germany, chemical complex.

Northwest European liquefied petroleum gas (LPG) trade in December rose marginally month on month to an estimated 715,000 metric tons, up from 675,000 metric tons in November, according to OPIS records.

BASF says it will close its idled hexamethylenediamine (HMD) plant at Seal Sands, UK, this year. The facility, owned by BASF, is located on a site owned by Ineos, which has been operating the plant on behalf of BASF.

Shell has agreed to take a 40% stake in a proposed waste–to–renewable chemicals and biofuels plant in Varennes, Québec, Canada, after signing commercial agreements to invest in the project.

Methanex (Vancouver, British Columbia, Canada) says that its 875,000-metric tons/year Titan methanol facility at Couva, Trinidad, “will remain idled indefinitely” and, as a result, the company has decided to restructure its operations there to support a “one-plant operation.”

Saudi Kayan Petrochemical, a Sabic affiliate, says that Saudi Arabia’s energy ministry has approved a request by the company to increase its allocation of ethane feedstock by up to 30 million cubic feet/day (MMcf/d) from future gas production projects.

L&T Hydrocarbon Engineering (LTHE; Mumbai, India), a wholly-owned subsidiary of Larsen & Toubro, says it has been awarded two engineering, procurement, construction, and commissioning (EPCC) contracts with a total value of up to 120 billion Indian rupees ($1.6 billion) by HPCL Rajasthan Refinery Ltd. (HRRL) for a steam cracker and fluid catalytic cracker (FCC) at Pachpadra in the Barmer district of Rajasthan State, India.

Total global base chemicals demand is currently about 650 million metric tons/year, with the six major value chains of ethylene, propylene, methanol, chlorine, benzene, and para-xylene representing about 80% of it, according to Dewey Johnson, global vice president/chemicals at IHS Markit.

Petchems to prop up oil demand in 2021

Petrochemical feedstocks are forecast to gain demand momentum in 2021 on the back of recent petchem capacity additions in China and the US, according to the latest monthly oil market report by The Organization of the Petroleum Exporting Countries (OPEC; Vienna, Austria).

Plans for an integrated propane dehydrogenation (PDH) and polypropylene (PP) plant in Alberta, Canada, have been “suspended indefinitely,” according to Pembina Pipeline (Calgary).

BASF has completed the first phase of its methylene di-para-phenylene diisocyanate (MDI) expansion project in Geismar, Louisiana, starting up a new synthesis unit and shutting down an older unit.

Lummus Technology and Chevron Lummus Global (CLG) have been awarded multiple technology license and engineering contracts by PT Pertamina Rosneft Pengolahan dan Petrokimia (PRPP), a joint venture (JV) between Pertamina (Jakarta, Indonesia) and Rosneft Oil Co. (Moscow, Russia), for a grassroots refinery and petrochemical complex being built in Tuban, Indonesia. No value for the contracts has been disclosed.

Ethylene prices reached annual highs in early December, and they continue to rise across all three major storage hubs in the US.

Sumitomo Chemical has agreed to license Axens’ ethanol-to-ethylene technology for a waste-to-polyolefins circular economy project being developed by Sumitomo in Japan.

Seqens (Ecully, France) has confirmed details of its previously announced isopropyl alcohol (IPA) expansion at Roussillon, France. The company says it will build an additional unit with capacity for 45,000 metric tons/year of IPA that is scheduled to be onstream early in 2022.

OQ Chemicals (Monheim am Rhein, Germany) says it will increase prices for several of its oxo intermediates products in the Americas, Europe, and “other regions” as of 1 January 2021 due to strong demand and rising raw material costs.

ExxonMobil is planning to shut its aromatics unit in Rotterdam-Botlek, Netherlands, for six weeks of maintenance between March and April next year, according to market sources. This work is part of a larger turnaround program at ExxonMobil's interconnected 191,000-b/d Botlek refinery and Rotterdam aromatics plant beginning in the first quarter, OPIS reported in October.

Ineos declares force majeure on EO from plant in Germany

Ineos Styrolution, the styrenics subsidiary of Ineos, and waste management company Indaver (Mechelen, Belgium) say they will collaborate as technology partners in a project to produce acrylonitrile-butadiene-styrene (ABS) from recycled feedstock.

Enel, Maire Tecnimont to build green hydrogen plant in US

Enel Green Power (EGP), the renewable energy subsidiary of Italy’s Enel Group, and Maire Tecnimont (Rome, Italy) have agreed to work together on the development and construction of a green hydrogen production plant in the US. A specific location has not been given.

BASF has declared force majeure on the supply of n-butanol and n-butyl acrylate after hitting unspecified technical problems at its n-butanol production plant in Ludwigshafen, Germany.

Energy company investment into chemicals, largely to increase integration of refining with petrochemicals, is expected to rise as petchems become the dominant driver of oil demand growth, according to Dewey Johnson, global vice president/chemicals at IHS Markit.

Asia, especially mainland China, will continue to lead worldwide styrene demand and price directions amid massive capacity additions that will result in industry-wide restructuring, according to Brian Lee, executive director at IHS Markit.

Petrochemical makers in Asia plan to cut liquefied petroleum gas (LPG) usage as feedstock for a fifth consecutive month in January 2021 to the lowest level in 11 months on firmer gas prices due to increased winter heating fuel demand and steam cracker outages, according to an OPIS poll.

Mitsubishi Chemical says it has acquired a greenfield property at a large integrated site at Geismar, Louisiana, and plans to advance a feasibility study for the design and construction of a 350,000-metric tons/year methyl methacrylate (MMA) plant there.

Braskem and Encina Development Group (Encina; The Woodlands, Texas) have agreed to develop a long-term relationship aimed at establishing a supply of circular propylene feedstock from Encina’s planned new post-consumer plastics recycling plant in the US.

Petrochemicals are set to cement their position as the largest driver of future oil demand growth, accounting for two thirds of total growth to 2030, and three quarters by 2040, according to the International Energy Agency (IEA; Paris, France).

Sinopec’s board has approved plans to build a 1.2-million metric tons/year (MMt/y) ethylene plant and downstream units in the Nangang area of the port of Tianjin, China, according to an announcement posted on 4 December. Sinopec estimates the cost of the project at 28.8 billion renminbi ($4.4 billion).

Sibur (Moscow, Russia) says it has ramped up its ZapSibNeftekhim (ZapSib) complex at Tobolsk in western Siberia to full nameplate capacity ahead of schedule.

Johnson Matthey (London, UK) has been awarded a contract by Ningxia Baofeng Energy Group (Yinchuan, China) to develop five of the largest single-train methanol plants in the world at Baofeng’s methanol-to-olefins complex at Ordos, Inner Mongolia, China. No financial value for the contract has been disclosed.

Samsung Engineering will proceed with construction of a 5,000-metric tons/day methanol plant at Bintulu, Sarawak, Malaysia, after being awarded a $1.07-billion contract by Sarawak Petchem.

Get the latest energy & feedstocks analysis

Recovery and ESG in the Chemical Industry

Refinery-petrochemicals integration a critical issue due to COVID-19

The Olefins Weekly Wrap Up:
What's happening in olefins this week - Episode 32, 12 February 2021 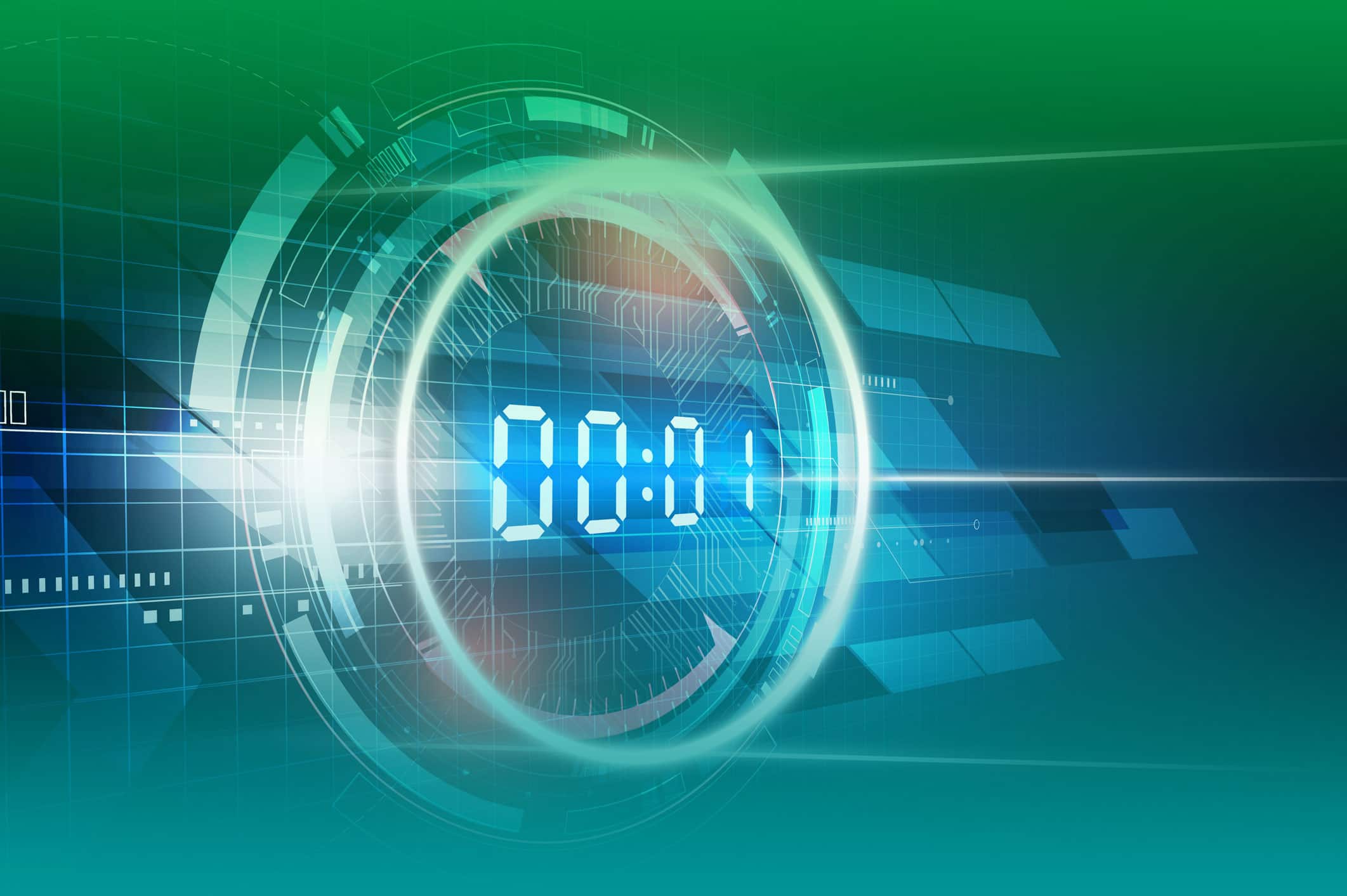